What People Think They Know About Iran

When I said that I was going to Iran, most people's gut reaction was to tell me not to go. Our media has done such a good job of portraying Iran as a monster (Axis of Evil! Nukes!) that it's not hard to understand why they reacted this way, but I am naturally skeptical of such broad and bold statements, and many things I'd read had led me to believe that the reality was quite different. Honestly, this was a big part of the draw for me - I wanted to see for myself what Iran was really like.

After spending two weeks traveling around Iran and talking to people I can say unequivocally: Iran is not what you have been taught to think.

It's dangerous/ it's at war - This one is the most frustrating because it is patently untrue. There is no fighting going on Iran and there hasn't been since the Iraq-Iran war ended in the '80s. ISIS/ISIL is in Iraq and Syria, and Iran is a strong opponent in the fight against ISIS - perhaps our most important Middle Eastern ally in this fight, although neither the U.S. or Iran can actually admit to that (and of course it gets complicated, as Iran backs the Assad regime in Syria).

Women are oppressed - All women in Iran, regardless of religion, are required to wear Islamic hijab outside the home (head covered, clothing that covers to elbows and ankles, shirt below the butt), but compared to many Islamic nations women in Iran have a lot of freedom. They can vote, drive, go to University (64% female), work outside the home (60% of physicians), walk down the street without a male relative, travel on their own, push the limits of hijab (I don't know how they get the scarves to stay on so far back on their heads!) Even those who wear chadoor (a black sheet) generally don't wear the veil or niqab like in the more conservative Arab countries - I saw maybe 3 veils in 2 weeks. Restrictions on hijab and other social issues have relaxed considerably in the past 5 years, as the current administration is much more moderate. And prior to 1979, women hadn't worn hijab for 50+ years. Of course things are not perfect, and women in smaller towns and more traditional/religious families tend to have fewer opportunities and freedoms. But is that really so different from the U.S.? We all have a long way to go for equality. It's an extremist Islamic state -  A couple of notes on this: 1) While Iran has officially been an Islamic state since 1979, I was surprised to learn that it does actually grant citizens the freedom to practice other religions (with the interesting stipulation that those religions pre-date Islam. Sorry Mormons.) Most of the non-Muslims left after the Islamic Revolution, but there are still sizable Armenian Christian and Jewish communities in Tehran and a few other cities. They are allowed to produce and consume alcohol (though not sell it) and have other freedoms, but are still required to wear hijab. They hate Americans/foreigners - The Iranian government might hate America (check out Press TV for some fun Anti-America propaganda), but the Iranian people do not hate Americans. In fact, many of them LOVE America. They're incredibly friendly and hospitable and love to say "hello! How are you?" on the street to foreigners. I've had my picture taken with families and been invited off the street to visit multiple people's homes. A young man approached me on the street with his fiancé because he wanted to practice his English - they hope to study in America one day. Some members of our group had people stop them on a small town to apologize profusely for the attack earlier this year on the British embassy, and gave them fresh pistachios as a peace offering (they weren't even British). If anyone can understand not judging an entire people by the actions of their government, it's Iranians.

The biggest risk I encountered traveling in Iran is getting hit by a car trying to cross the street in Tehran - seriously, these drivers are crazy.


2) Shiite Islam is actually a more relaxed/moderate form of Islam compared to Sunni (especially Wahhabism, the sect of ISIS and Saudi Arabia). Shiites in Iran pray 3 times day (instead of 5). I was quite disappointed to learn you rarely hear the call to prayer unless you're near a mosque - unlike Dubai, there are no loudspeakers in malls or public areas telling everyone it's time to pray. No one in Iran is legally required to go to the mosque or to pray, ever. That said, the Supreme Leader is an Islamic Imam who ultimately has great power over the country's policies and politics and he tends to be very conservative.

It's not a good place to travel - Iran doesn't have as much tourist infrastructure as some places and can be challenging if you don't speak Farsi, but it's worth the effort (on your own or with a tour). So much history, delicious food, friendly people, striking desert landscapes, super cheap (except maybe for accommodation ) - and despite buses full of German and Chinese tourists, it still feels relatively undiscovered.

None of this is to say that Iran is a perfect place. It certainly has its issues - political, social and economic. But what I really want to be the takeaway from all of this is that Iran is not so very different from the U.S. or any other country I've been to: most people are friendly and good and welcoming - and of course a few are not. There are liberals and conservatives and everything in between and oftentimes none of them are happy with the government. Regardless of politics, they are incredibly proud of their culture and history and love sharing it with others. And they are hopeful for a peaceful and prosperous future for their children and their homeland. Just like the rest of us. 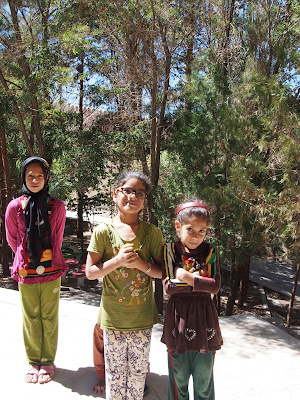 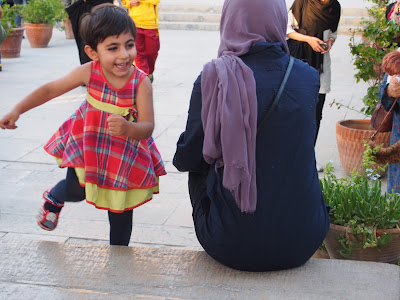