My last day in Georgia dawned cool and cloudy. I'd been here long enough that I could feel autumn creeping in. What had been searing heat and relentless sun for all of August was now easing into warm days and pleasantly cool nights. The figs on the tree in the hostel's courtyard had all fallen and rotted, and the pomegranates that were green when I arrived had now turned ruby red (though I would just miss them being ripe enough to eat). 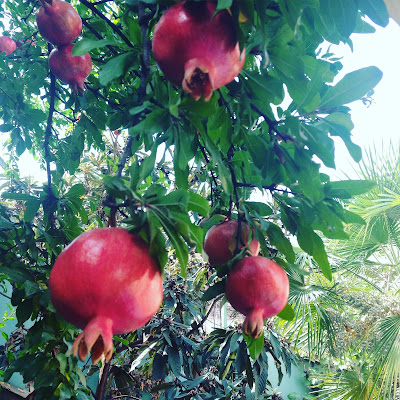 I reveled in the cool morning air in my favorite spot on the rooftop, before venturing out for my last day of Tbilisi adventures. First up was the post office - a chore I'd been trying to check off my list for days, with a series of mishaps (it is really hard to find an actual post office in Tbilisi. And don't talk to me about where to buy shipping supplies! Where's an Office Depot when you need one?) The mishaps continued as they made me take out every thing in my nicely sealed package and asked me what it was, then taped it back up so thoroughly that I may never be able to get it open. Seriously, so. much. tape. My last "to-do" item checked off.

Later, I met Matt, Yok and Rosa to walk around the Botanical Gardens. I met this sweet Canadian family in Ushguli during my second week in country, and they had just made it back to Tbilisi in time to spend a few days together before I left! We strolled through the gardens, enjoying the peace and quiet in the middle of the city, wondering when we'd have the chance to see each other again. 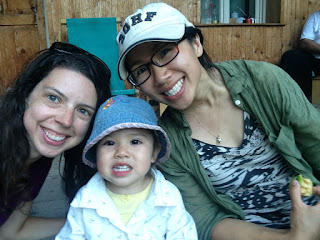 The four of us headed to meet Michelle and George for dinner, where we feasted on all my favorite Georgian things - khachapuri acharuli, pork shashlik, even Georgian sparkling wine. I neglected to take a single photo, just enjoying time spent with these friends who had made my stay in Georgia what it was.

Six weeks is a strange amount of time to spend in a country - it's enough time to start to become familiar with the language, the customs, the food, streets and alleys, but not to really know them in depth. It's enough time to meet people and have your paths cross again - the beginnings of real friendships - but always knowing that goodbye comes sooner than later. To start to form a routine, a semblance of what daily life would be like, but without the stability of permanence. 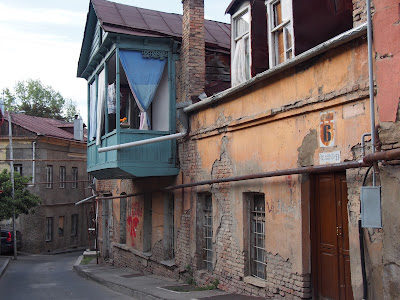 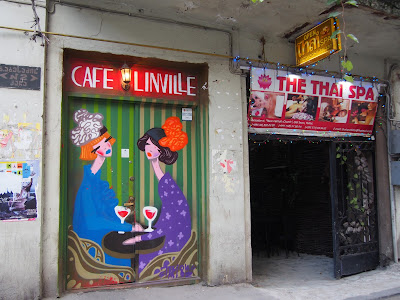 I had chosen Georgia for such a long stay because I was drawn to the mountains and the food and the wine - and all of those things were as lovely as I could have hoped. What I didn't expect was how quickly Georgia would embrace me. In a country smaller than South Carolina and with a population of less than 4 million, my network of friends was able to introduce me to 4 lovely people living in Tbilisi. As I spent more time there, that network grew and introduced me to new people, all of whom welcomed me into their lives - some for just one meal, but others who I hope will be friends for a long time. Maybe this would have happened anywhere I went? But something about it felt special to Georgia.

Although I was excited to move on and see new things, try new foods and meet new people, I was sad to let go of this place where I'd started to really feel at home. This wasn't goodbye, Georgia - just see you later. I have a good feeling that we'll meet again. 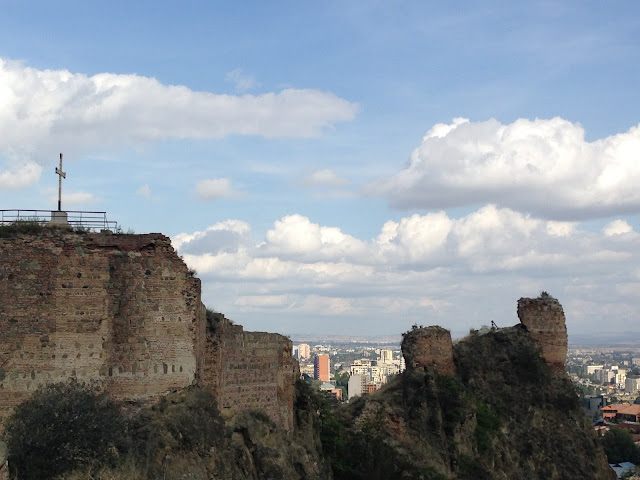