I'm not really a festival person. I like the idea of festivals - food, music, good people watching - but I find it hard to relax and enjoy myself in large crowds of people. But when you're in Ghana for Chale Wote, it's not to be missed. 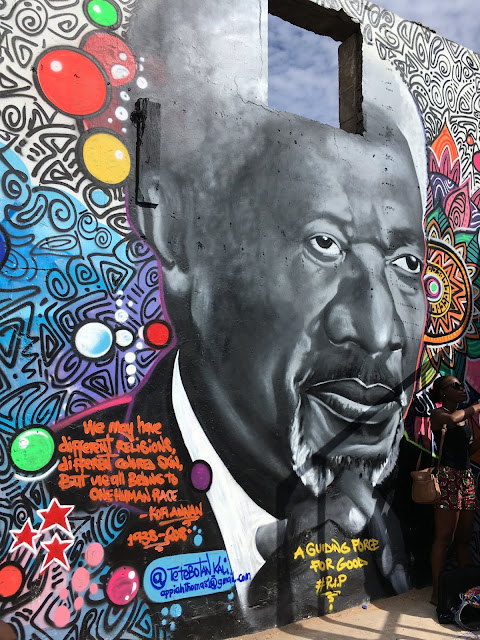 Chale Wote is a street art festival that started in 2011 and has grown hugely popular. It draws artists from all over West Africa and around the world, and more than 30,000 people attended last year. It's held in Jamestown, the oldest neighborhood in Accra, and still a working fishing village. It's a poor area, and the festival brings a lot of money to local vendors, in addition to being a platform for the artists. 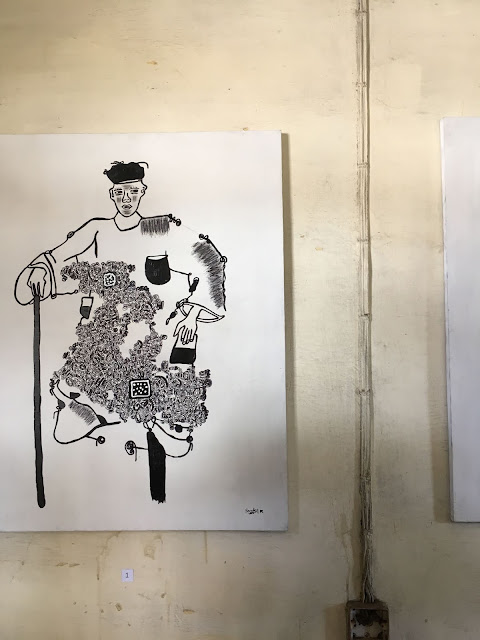 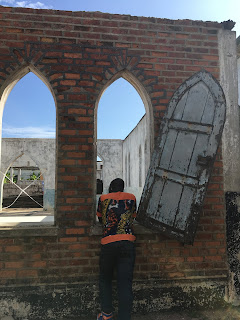 17th-18th century forts and abandoned prisons create beautiful and haunting galleries for contemporary art. Music blares from speakers every 50 feet or so, blurring songs together so you aren't quite sure what you're hearing. Local chiefs paraded by with drums and fanfare, and the president even drove through, windows down and waving at the shocked crowds.

We arrived mid-afternoon, when the sun was hot and the streets still easily navigable. By the time we made it to the far end of the festival a couple of hours later, the crowds had swelled considerably, a river of people that you had to jump in and out of with confidence and move with the flow. A guy wandered through carrying a large snake, causing the crowd to push and shove to get as far away as possible (which wasn't all that far in such tight quarters). A man down a side street grilled a delicious spicy kebab for my friends, taking care to cook it extra well for the obronis. A live (for now) sea turtle was on display on a pedestal by local fishermen hoping to earn a few cedis from passersby taking pictures - I pleaded with them to put it back in the water, but they couldn't understand why I was upset. An incredibly cheerful man selling ginger liquor got us dancing in the street. Masaai warriors from Kenya posed for pictures, as did Ghanaian bodybuilders in speedos. Men in masks shot blanks from shotguns into the air. Kids with painted faces rode on their dads' shoulders. 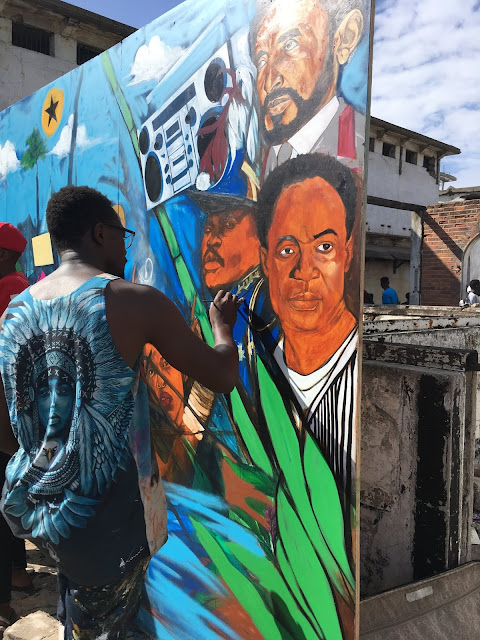 It was an assault on - or, depending on your perspective, a feast for - the senses. A wild array of sights, sounds, smells, tastes, and the inevitable touch of strange bodies in a crowd. It was wondrous and delightful and intriguing and at times also unnerving and upsetting (that sea turtle really got me). We came back to our starting point and broke free of the crowds into the cooling night air, a relief both from the heat and my anxiety. I'm glad I went, as it's given me another piece of understanding and appreciation for this temporary home of mine - but I'm not going back again today ;-)
Labels: Accra Ghana West Africa