After a pretty wonderful day and a half in Istanbul, Isabel and I hopped a cheap evening flight to Kayseri where we boarded a shuttle to the village of Goreme, arriving close to 10pm. The next morning, we woke up well before dawn for our 4:50am pickup time, and made our way to the balloon launch site once again in total darkness. So our first real view of Cappadocia was from the basket of a hot air balloon as the sun slowly peeked over the hills to our east. And I am not exaggerating when I tell you it was absolute magic. 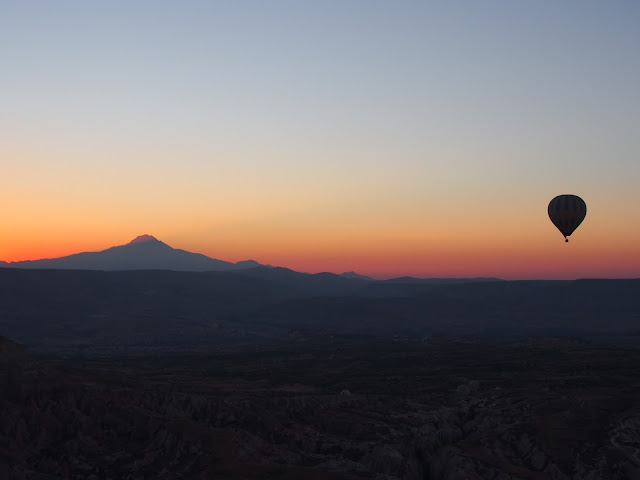 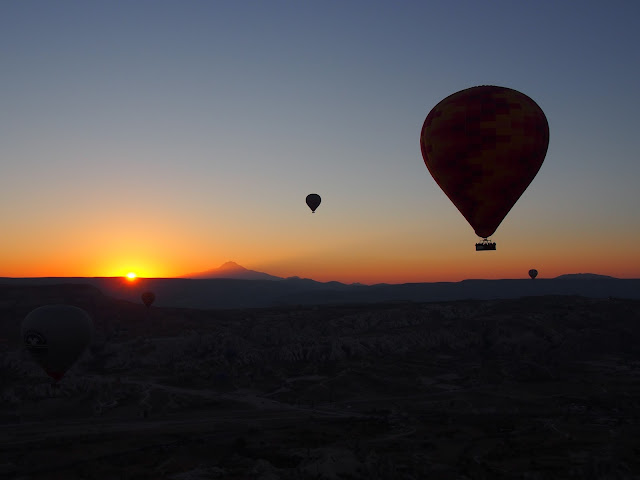 I had been kind of nervous about the hot air balloon - I'm afraid of heights - but it is THE thing to do in Cappadocia, so I was determined to overcome my fear and soar above the fairy chimneys in a basket hanging by a few threads from a giant balloon just waiting to be popped. As we hopped in the basket with 18 other early morning enthusiasts, my stomach was in knots and I was beginning to question why I was doing this. The balloon pilot taught us our safe landing pose and then we slowly... slowly... slowly lifted off the ground (seriously, it felt like it took forever). 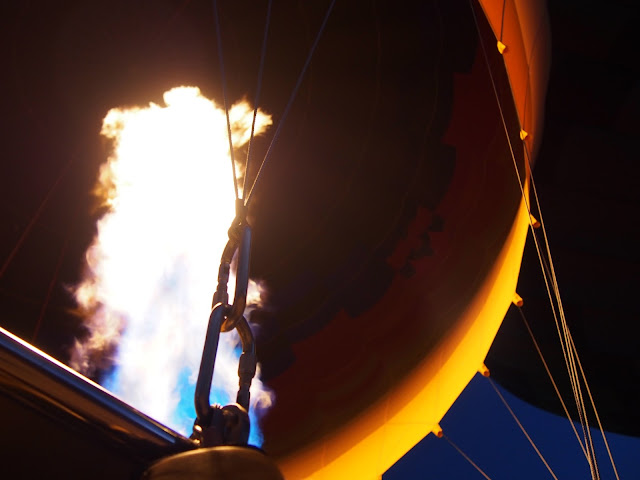 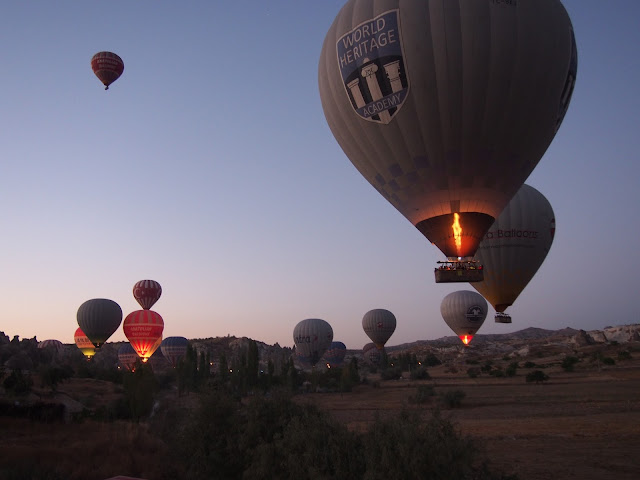 In every direction we could see balloons flickering to life like dozens of fireflies in the twilight. I had doubts about being in such a crowded balloon space, but ultimately I thought the other balloons only made it more beautiful. 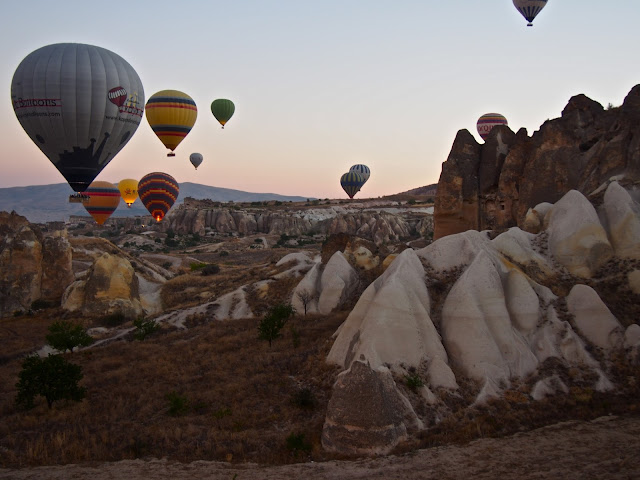 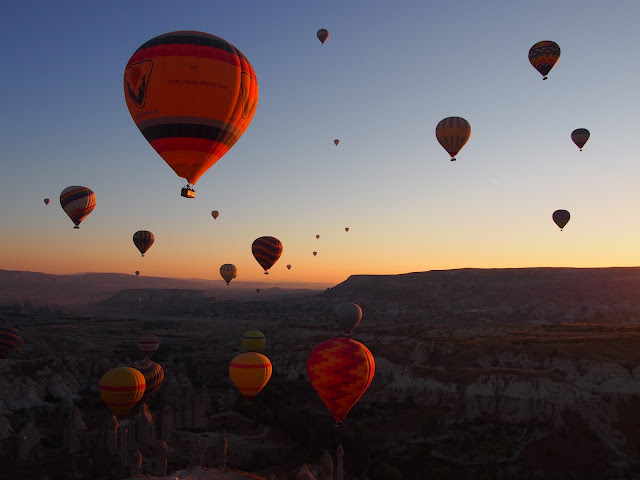 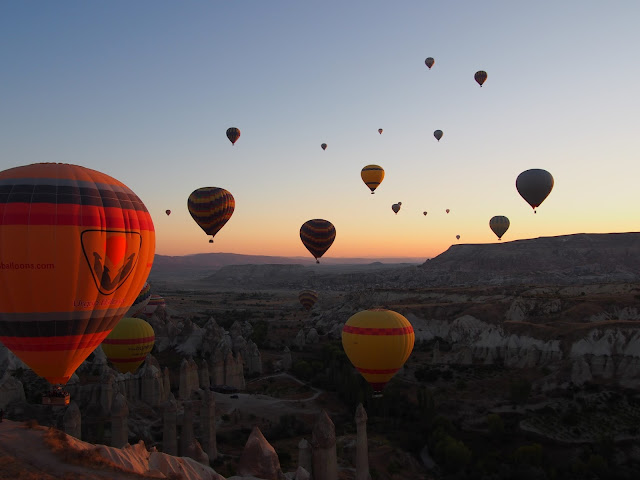 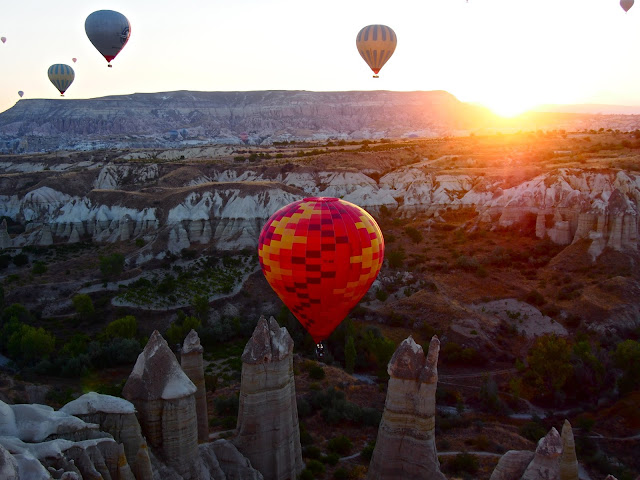 We drifted low to the ground at the beginning, only 6 or 7 feet high off the ground at times. And then, with a burst of flame, we rose up up and away. The sky was brightening and the mysterious landscape began to reveal itself; desert canyons and rock formations were painted in the pastels of the morning light. The balloons would dip down so low into the canyons that you thought there was no way they wouldn't hit one of the "fairy chimney" rocks, but they always made it out unscathed. 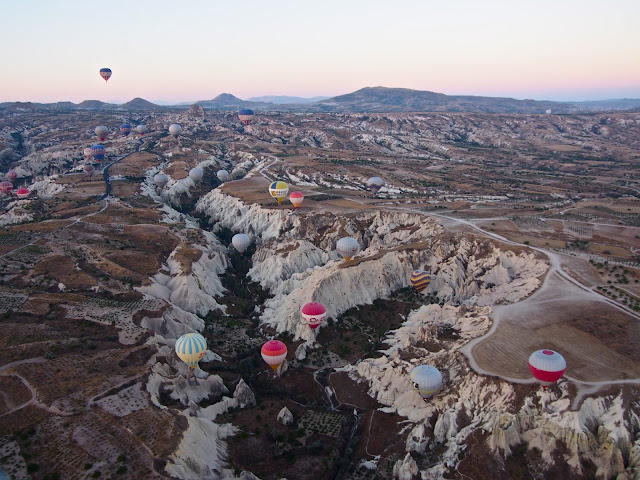 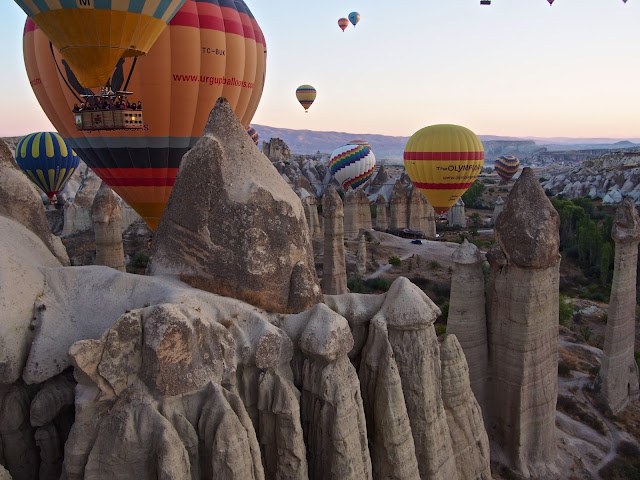 The balloon floated so smoothly and effortlessly that I nearly forgot we were moving - and I definitely forgot to be scared. An hour (and a thousand pictures) went by in the blink of an eye, and we were all disappointed when it was time to land the balloon on a flat stretch of land. I could have floated forever. 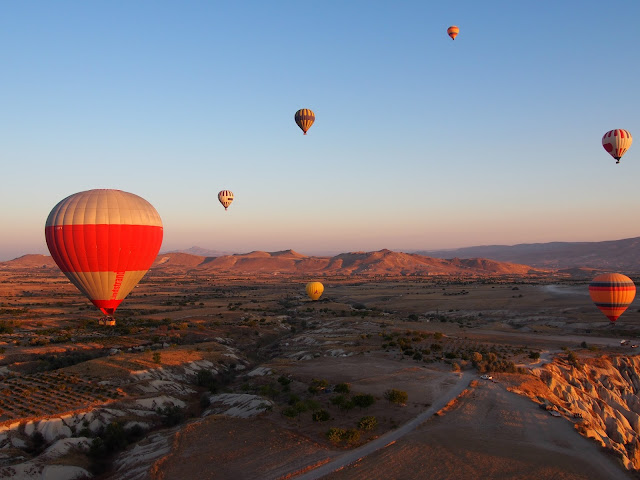 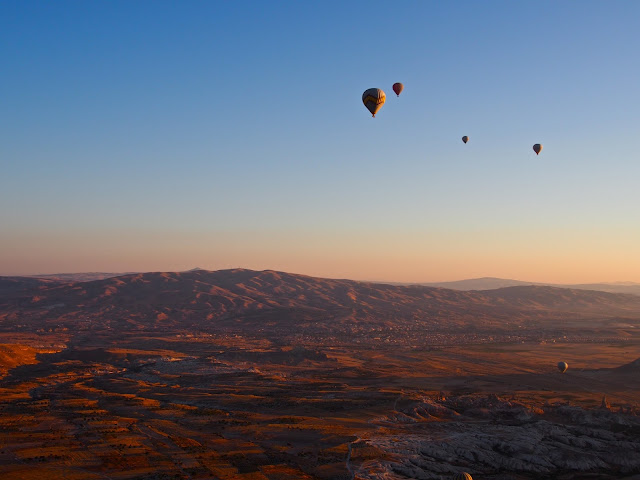 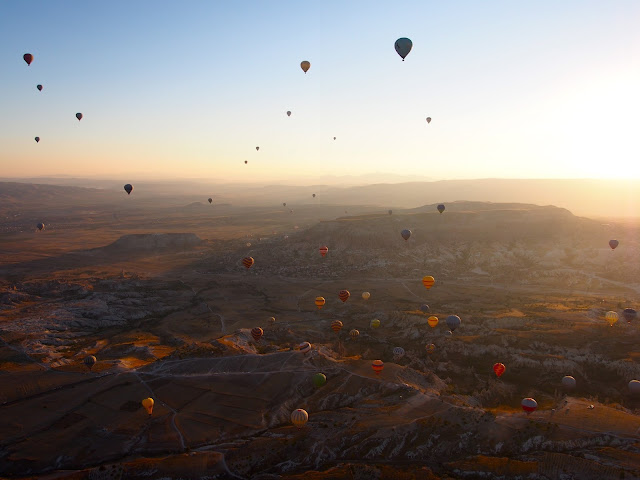 After the landing there's cheap champagne and they try to sell you official pictures from the flight, which broke the magic just a wee bit. But it wasn't enough to take away the high of what we'd just experienced. We returned to our hotel before 9am - breakfast was still being served! - and then Isabel went to the room for a nap, but I was still floating on air. Some so-called bucket list experiences are over-rated... but nothing I'd read or heard had prepared me for just how awesome the hot air balloon ride would be. If you're in Cappadocia, it's not to be missed. 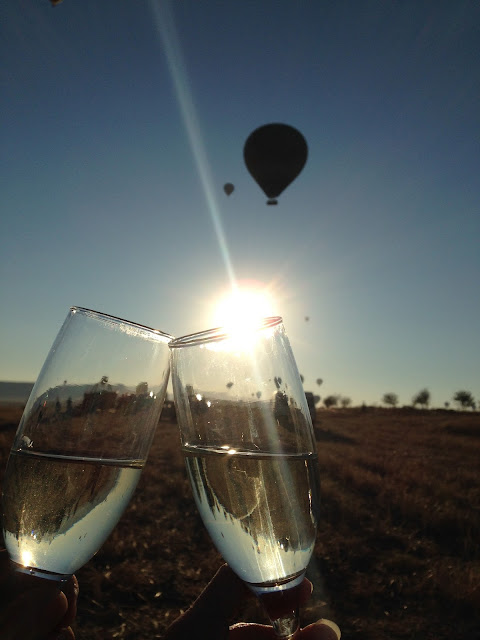 How to Make it Happen

Book ahead! I dropped the ball on this, and when we went to book 2 weeks before our visit (thinking that was plenty during shoulder season), the company we wanted was full for both days we'd be there. They recommended a partner agency who was able to get us in on a cancellation (SO LUCKY!!), but we couldn't do the 1 1/2 hour deluxe ride that we'd hoped for, as they were all sold out.

Cost: ~$168 (includes buffet breakfast, shuttle to and from balloon launch, and one-hour ride in a basket with 15-20 people)