Five us walked into Lilit's house in the late afternoon. Fast and furious Armenian introductions and greetings were flying all around me, but I understood nothing. I just smiled and tried to look appropriately apologetic for my lack of language skills. Lilit offered us coffee, and ran off to the kitchen as we sat down around a small table. As the coffee brewed (Armenian's don't abide that awful instant coffee, thank goodness), the table filled with snacks - pastries, candies, sunflower seeds and nuts. There was no possible way we were going to eat all of this, but it just kept coming. Finally the coffee arrived in tiny cups - thick and black and bitter, it was my first taste of real Armenian coffee, one of the many things Armenians claim to have invented. (Don't dare say that it reminds you of Turkish coffee...) 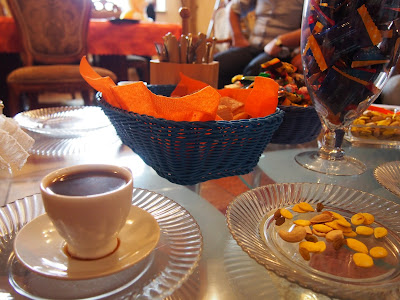 I was visiting Lilit in a village just outside of Yerevan with Kiva, a microfinance organization that I've volunteered with for the past 6 years doing online translation for their loans from Latin America. When I realized that Kiva has loans in Armenia and Georgia, I contacted my volunteer supervisor to see if it would be possible to meet up with someone from the organization and see how things work on the ground. They put me in touch with Mark, a Kiva Fellow from Ireland who is in Armenia for 4 months doing borrower verification (basically, making sure the money goes where it says it's going) and some other projects with the local banks that work with Kiva.

Mark, Victoria (his counterpart from the lender, SEF International), and two loan officers from SEF conducted an interview with Lilit and her husband. They'd used their loan to buy some bulls, so once we finished our coffee we all piled into two cars and went to the fields to see the bulls for ourselves. An old shepherdess eyed us warily as we stood chatting in the middle of the field with a bunch of bulls and a friendly herd dog. Sufficiently satisfied that the money had been used as intended, we said our goodbyes and thank yous - this one I could finally contribute to, as "merci" is used quite commonly for "thank you" in Armenia, instead of the tongue-twisting "shnor hakalutsen" (or something to that effect) in Armenian. 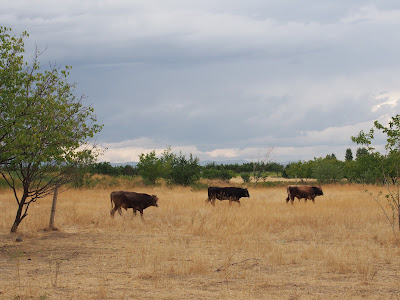 Visiting Lusine was a little more complicated. Our taxi took us past Lake Sevan and over the misty mountains to the town of Ijevan, where we hopped in an old Lada ("the Russian Jeep") with Hike, the loan officer, and continued on a bumpy dirt road to a small village only 7km from the border with Azerbaijan. 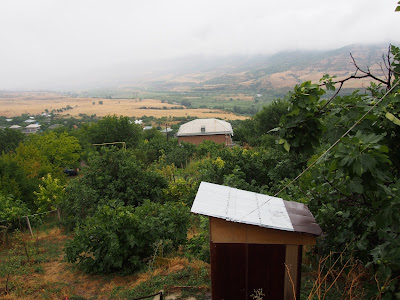 Lusine was quiet at first, perhaps thrown off by the red-bearded Irish guy and random American girl joining the group, or maybe nervous about the questions from the lenders. As we sat with her and started to chat she quickly warmed up, and when Mark asked whether they sold the figs from the tree we'd passed as we walked in, she ran out to pick some for us to eat. Lusine's two small children and the neighbor kid gave us shy smiles as they played with a toy dog, but just giggled whenever we tried to ask them questions. 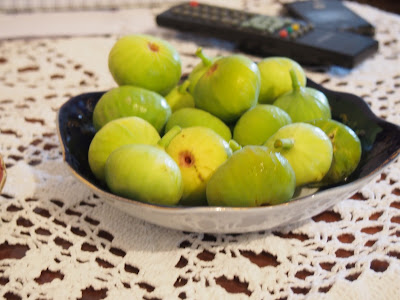 Lusine is a fantastic Kiva success story - she borrowed money to buy pigs and food for the pigs. She was able to pay the loan back early because they sold the pigs for a profit once they were fat. Now she's using the money to raise chickens, cultivate wheat and corn, and sell her figs. The pigs were too time- and space-intensive for her to make them her primary business, but they gave her the capital to start other businesses that she can sustain more easily while caring for her children and working part-time at the village municipality. 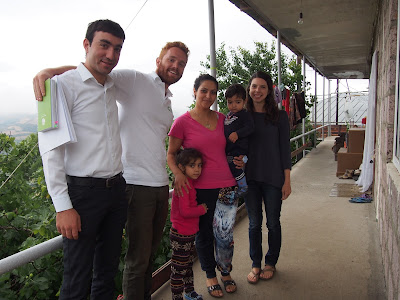 Having been both a translator and a lender to Kiva for over 6 years, it was really meaningful to get to make the connection between the online work and the real people it helps. Microfinance will not be the sole path to ending poverty, but it does make a difference to the people who get these loans. For Lilit and Lusine, the idea of being able to save or borrow $1000+ would be impossible without lenders like SEF and Kiva who are willing to take a chance on clients with very little collateral and no credit history. If you're interested in learning more, check out www.kiva.org and consider making a small loan to someone whose story speaks to you!

Many thanks to Tracey, Monica, and Mark at Kiva and Victoria and everyone at SEF for setting everything up and letting me tag along to visit Lilit and Lusine!