After a few days back in the heat in Tbilisi, I was ready to hit the mountains again. Luckily, no crazy marshutka rides are required to get to Kazbegi - it's an easy two to three hour trip from the city. An Australian girl I met at the hostel was also traveling this way, so we were able to combine forces with an Azeri couple and get a private taxi for just 20 lari a piece (~$9). The taxi was a nice option because it stopped at a few sites along the way.

I stayed at a guesthouse that seemed to be THE place in Kazbegi for young-ish travelers - a big communal dinner table meant that it was easy to find buddies for whatever activity you wanted to do the next day.

Tsminda Sameba (also known as Gergeti Trinity Church) is one of Georgia's best-known images - a 14th-century church set atop a hill at 2200m, with Mt Kazbek in the background. Of course, we couldn't see Mt Kazbek the day we were there, but it was still beautiful. 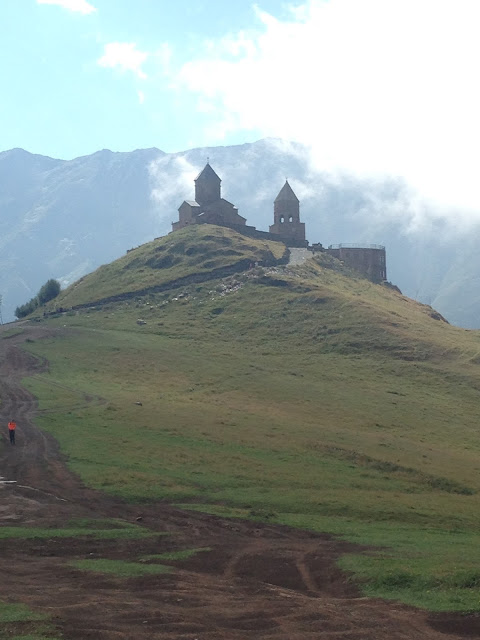 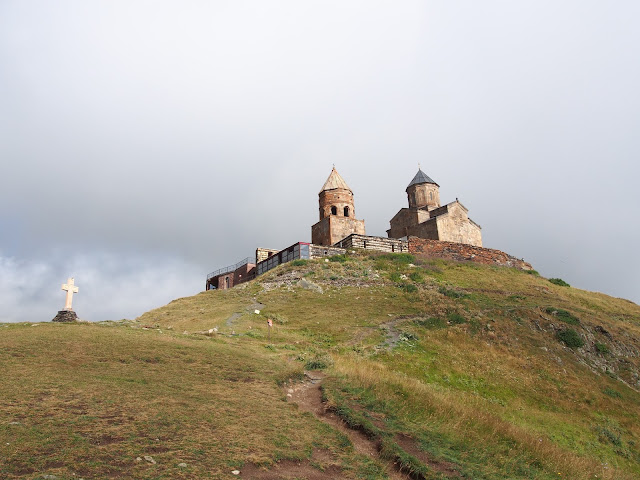 After the church, it's another few hours hike and about 1000m total elevation gain to get to a viewpoint where you can see the Gergeti glacier and (if you're lucky, which we weren't) the whole mountain peak.

We formed a multinational crew for a day trip to Juta - Dutch, Australian, Israeli and me, nearly always the lone American. Juta's a very small village outside of Kazbegi, accessible by 4-wheel drive. From there, you can do a day hike up the valley to see Mt Chaukhi, or, if you're more ambitious than we were, you can start a trek from here that will take you over several mountain passes and into a very isolated region. 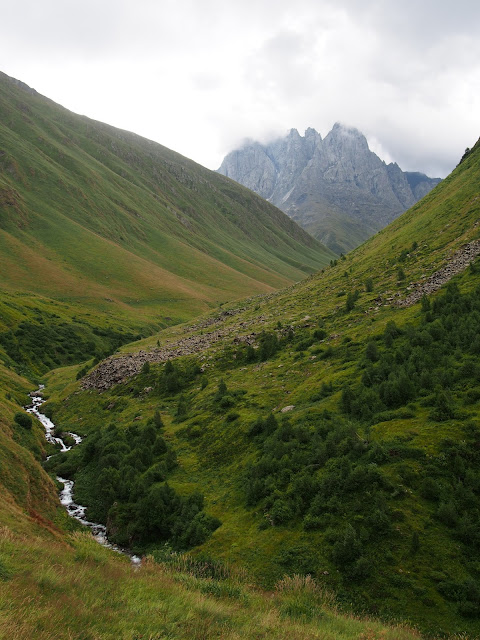 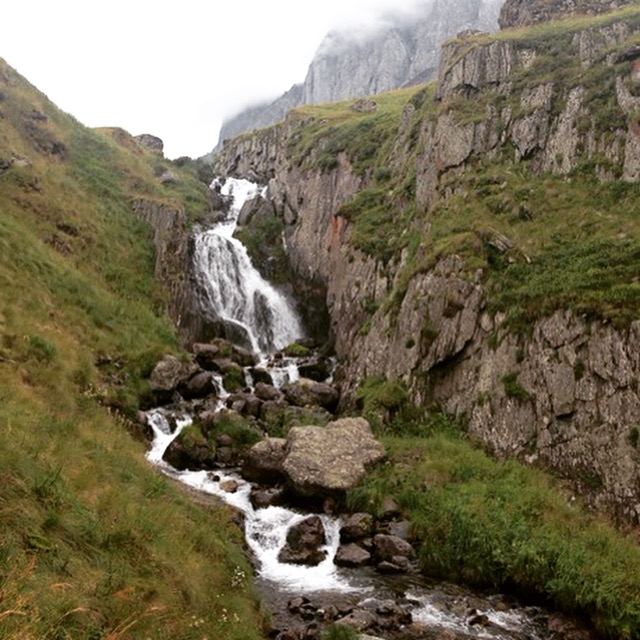 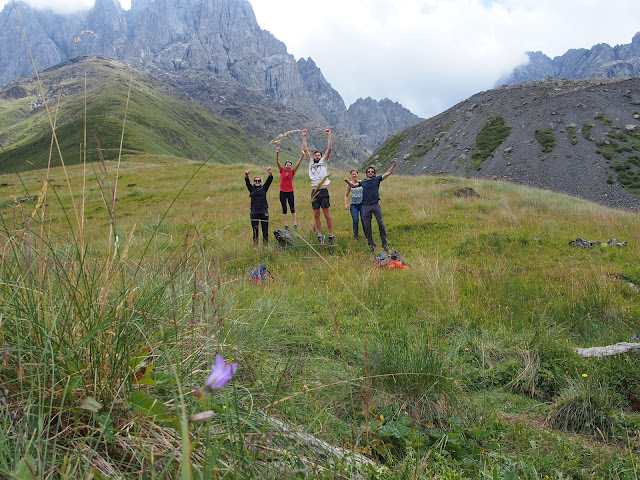 Day 3: The Russian border and waterfalls

Most of the group from the day before got a car again to take us to a waterfall hike near the Russian border, which is only about 15km from Kazbegi. We were driving along and look up and suddenly realize - we are driving straight for the border. Was I supposed to bring my passport? (wouldn't matter - only Russians are allowed through this border that crosses into Chechnya). Luckily the driver pulled a U-turn right before we got to the barbed wire. I guess it was just part of the tour? 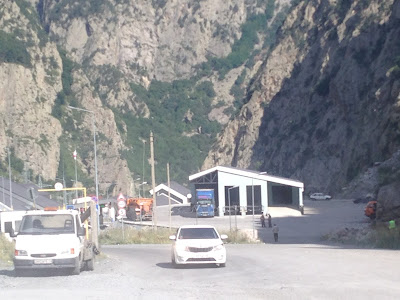 A short hike took us to a beautiful fall that we had almost entirely to ourselves. 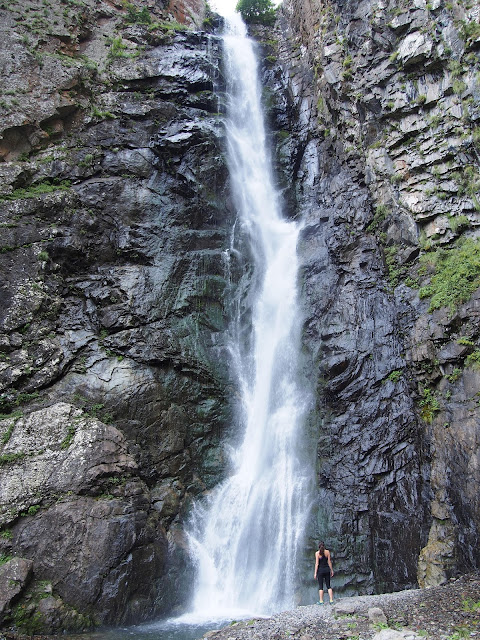 Where to stay:
Nazi Chkareuli's guesthouse - it's a hive of activity. Rooms are basic and a little cramped, but dinners are good and are served on a terrace with mountain views. 35 lari/night for a dorm bed, including breakfast and dinner. Nazi can also arrange drivers for day trips or rides to Tbilisi.